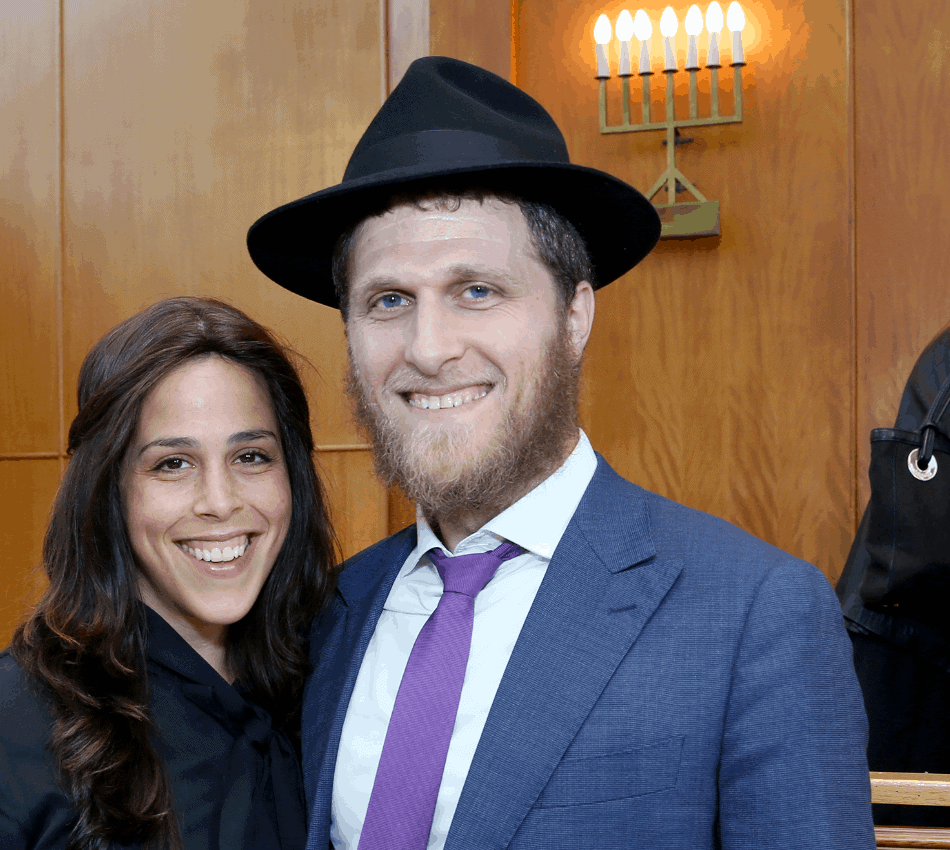 Welcome to the page of Rabbi Chaim, where you can learn more about him, his wife Dina and their wonderful family. You can also read all of his weekly messages.

About Our Rabbi
Weekly Message

Rabbi Chaim Koncepolski was born in Sydney and moved to Israel with his family when he was 8 years old. After returning to Sydney for a short time around age 12, he completed his education at a Yeshiva in Israel, where his two older brothers were studying. When he was 20 he travelled to Brazil, where his brother was located, to be a shaliach at the Yeshiva. In his second year there he completed his Rabbinic ordination, and the following year he assisted with strengthening smaller Jewish communities in Brazil. With a strong passion for music, he was hired as cantor for a number of synagogues around the world for high holidays including Brazil, Florida, Russia and Central Synagogue Sydney. He is competent in Hebrew, Yiddish, Portuguese and English.

Rabbi Koncepolski’s wife Dina, the daughter of a rabbi, was born in Manchester, England, where she studied in an orthodox primary and high school. She then spent two years in Montreal studying at a seminary, while also volunteering in the local community and high school. This was followed by two years as a shaliach, one in Liverpool, England, working on community programs, the other in Israel, where she was a madricha. Dina was in New York for three years, working for one year with a friendship circle, which provided support for children with special needs. Rabbi Koncepolski went to New York to study where he met Dina and they married in January 2009.

Following further study, Rabbi Koncepolski and Dina took up a position in Jerusalem, where Chaim’s role was to inspire and support young Jewish men from English-speaking countries around the world, who felt alienated and had turned away from Judaism. Chaim supported them and encouraged them to regain trust in teachers, authority and Judaism, and to regain a positive self-image.

Back to the top

Back to the top